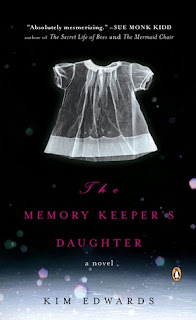 On a winter night in 1964, Dr. David Henry is forced by a blizzard to deliver his own twins. His son, born first, is perfectly healthy. Yet when his daughter is born, he sees immediately that she has Down’s Syndrome. Rationalizing it as a need to protect Norah, his wife, he makes a split-second decision that will alter all of their lives forever. He asks his nurse to take the baby away to an institution and never to reveal the secret. But Caroline, the nurse, cannot leave the infant. Instead, she disappears into another city to raise the child herself. So begins this story that unfolds over a quarter of a century – in which these two families, ignorant of each other, are yet bound by the fateful decision made that long-ago winter night. Norah Henry, who knows only that her daughter died at birth, remains inconsolable; her grief weighs heavily on their marriage. And Paul, their son, raises himself as best he can, in a house grown cold with mourning. Meanwhile, Phoebe, the lost daughter, grows from a sunny child to a vibrant young woman whose mother loves her as fiercely as if she were her own.

Reading this book was like an up-hill battle for me. I have looked forward to reading it for so long and was expecting great things based on all the praise-worthy reviews on the book jacket. Boy was I disappointed! The plot and synopsis of the story had such excellent promise but along the way the author dropped the ball. It was very difficult to relate or sympathize with Norah Henry, even though she is the one wronged by her husband’s rash (but not unfounded) decision to lie about the “supposed” death of their mentally defected daughter while keeping her healthy twin brother.
Norah’s self-destructive ways and at times selfish childishness did nothing but annoy me and drive me farther away from her pain. What the author did really well was humanizing Dr. David Henry because reading the back of the novel I thought he was a monster. He was the only character I actually felt was not overly contrived. Phoebe “the memory keeper’s daughter” did not have a true voice in the whole novel and that was a poor choice by the author. The major climax and confrontation I was hoping would happen between members of the family never occurred; instead the author decided do something that was shocking but totally unnecessary to the digression of the conflict. So this book left me asking some questions on how if I was in the same situation would I have handled things and that is the biggest valuable I took away from the read.