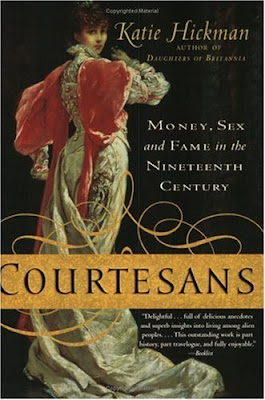 During the course of the nineteenth century, a small group of women rose from impoverished obscurity to positions of great power, independence, and wealth. In doing so they took control of their lives — and those of other people — and made the world do their will.

I have long been curious about Courtesans; this book is a great one for anyone else who has the same curiousness. Katie Hickman does a fantastic job of showing you the powerful world of being a Courtesan; it is not an unknown adage that the most powerful woman in a kingdom was not the Queen but the Kings Mistress.

Much is the same about the most powerful Courtesans in the land. They had money and power and all sorts of other things that made them societies most wanted. All of this for essentially working in the oldest profession in the world.

But these women weren’t the kind of ladies you would see walking on the street. They were well educated, witty, beautiful and used to the finest things in life. This book was a fantastic read for anyone who is interested in the topic. And even for someone who may not know that much about it. Pick this one up and delve into the steamy underside of Sex, Money and Power.