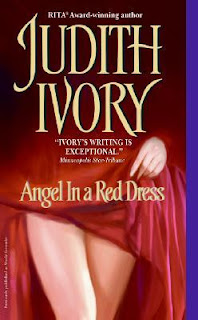 AT FIRST THEY KISSED

From the instant she set her thick-lashed gaze on handsome Adrien Hunt, Christina Bower knew he was like no other male. He was as graceful as a panther, as confident as a lion-and as lusty as a tomcat. But no matter how much the golden-haired innocent told herself he was a rich, abhorrent womanizer, she couldn’t resist his sensual, practiced advances. And even as her sweet lips protested each caress, her womanly curves eagerly welcomed his arousing embrace!

AT LAST THEY LOVED

With danger his constant companion, hot-blooded Adrien Hunt lived life to the hilt. His days were fraught with plots, pistols and swords, and his nights were filled with warm and willing wenches. But when he first saw the spirited nymph Christina Bower, even the experienced knave had to admit she was more enticing than any of his previous conquests. Ignoring her modest, prim “no,” Adrien began his gentle assault on her senses, liberating her passions, setting free her inhibitions… and guaranteeing that in a moment more they’d share the magic of her Starlit Surrender!

For those of us who view Judith Ivory as one of the finest writers working in the romance genre, the release of “Angel in a Red Dress” is a very welcome return of one of our favorites. The book is a re-release of the hard-to-find “Starlit Surrender”, Judith Ivory/Judy Cuevas’s first book which was published originally in 1988. Although Ivory’s style has gotten more polished over the years, SS/AIARD is one of my favorites of her books with its rich, uncompromising characterizations and adventure-filled plot full of Scarlet Pimpernel-sequel overtones.

Judith Ivory is one of the few romance writers who is able to create truly flawed characters and make them both engaging and wonderfully real. The hero and heroine of AIARD are far from perfect individuals, but they are some of the most memorable in the genre, IMO. The hero of the story is Adrien Hunt, the Earl of Kewischester, an arrogant half-French British peer with a well-deserved reputation as a libertine. Adrien is rich, intelligent, handsome and lethally charming. The heroine, Christina Pinn, is the lovely, somewhat spoiled daughter of a wealthy London barrister who comes to shelter at the earl’s estate while she is in the process of getting a divorce from her stodgy baronet husband. The attraction between Adrien and Christina is immediate and palpable, with some of the most sensual scenes in the genre as Adrien attempts to charm the reluctant Christina into an affair. (The seduction scene in greenhouse is one of my all-time favorites!) Adrien is certainly no “fake rake”–he has actual illegitimate children from some of his previous affairs and Christina finds this fact as disturbing as one might expect. Adrien is a consummate aristocrat–a man who is used to getting his own way in all things and he cannot understand why the proud Christina refuses to become his mistress. But unlike the usual romance heroine, common-born Christina is really tempted by the earl’s title, social position, wealth and power as well as by his physical beauty. Christina’s dilemma is that Adrien is everything that her bourgeois father has raised her to desire, but it is clear that the earl has no intention of marrying her.

Adrien is a complex, fascinating, very imperfect hero–selfish, high-handed, stunningly autocratic, but he is also intelligent, resourceful, non-judgmental, brave and protective of his friends. Christina is also refreshingly imperfect and three-dimensional as she struggles to maintain her dignity while carrying on an affair with a man that she is sure will eventually break her heart.

The story is set in England and France at the time of the French Revolution and the second half is jam-packed with action and adventure as Adrien (in Scarlet Pimpernel mode) tries to rescue imprisoned French aristocrats from the guillotine. But the main focus of the story is on Adrien and Christina and their complicated, passionate relationship as Adrien slowly comes to realize how much Christina means to him.

Judith Ivory’s prose is (as always) exceptional and her characters wonderfully memorable. This is not a “Disney-style” historical romance with a storybook perfect hero and heroine, but readers who prefer a more angst and an emotional story are in for a treat.