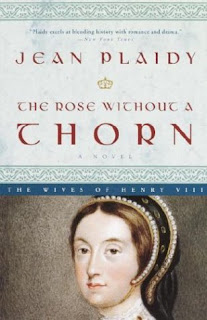 From the pen of legendary historical novelist Jean Plaidy comes an unforgettable true story of
royalty, passion, and innocence lost.

Born into an impoverished branch of the noble Howard family, young Katherine is plucked from her home to live with her grandmother, the Duchess of Norfolk. The innocent girl quickly learns that her grandmother’s puritanism is not shared by Katherine’s free-spirited cousins, with whom she lives. Beautiful and impressionable, Katherine becomes involved in two ill-fated love affairs before her sixteenth birthday. Like her cousin Anne Boleyn, she leaves her grandmother’s home to become a lady-in-waiting at the court of Henry VIII. The royal palaces are exciting to a young girl from the country, and Katherine ?nds that her duties there allow her to be near her handsome cousin, Thomas Culpepper, whom she has loved since childhood.

But when Katherine catches the eye of the aging and unhappily married king, she is forced to abandon her plans for a life with Thomas and marry King Henry. Overwhelmed by the change in her fortunes, bewildered and flattered by the adoration of her husband, Katherine is dazzled by the royal life. But her bliss is short-lived as rumors of her wayward past come back to haunt her, and Katherine’s destiny takes another, deadly, turn. 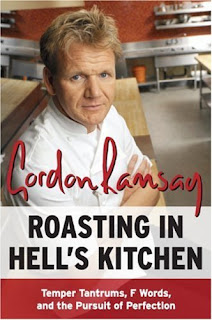 Now, for the first time, the world’s most famous—and infamous—chef tells the inside story of his life: his difficult childhood, his father’s alcoholism and violence, his brother’s heroin addiction, his short-circuited soccer career, and his fanatical pursuit of gastronomic perfection—everything that helped mold him into the culinary talent and media powerhouse that he is today. He also dishes the dirt on the rich and famous, and takes you behind the scenes of some of the great restaurants.

Honest, outrageous, and intensely personal, Roasting in Hell’s Kitchen will not only change your perception of Gordon Ramsay but that of the cutthroat world of haute cuisine as well.