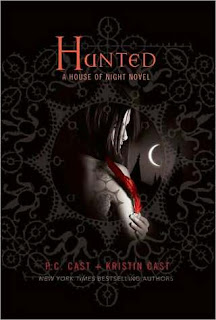 What if the hottest guy in the world was hiding a nameless evil, and all he wanted was you? At the start of this heart-pounding new installment of the bestselling House of Night series, Zoey’s friends have her back again and Stevie Rae and the red fledglings aren’t Neferet’s secrets any longer. But an unexpected danger has emerged. Neferet guards her powerful new consort, Kalona, and no one at the House of Night seems to understand the threat he poses. Kalona looks gorgeous, and he has the House of Night under his spell. A past life holds the key to breaking his rapidly spreading influence, but what if this past life shows Zoey secrets she doesn’t want to hear and truths she can’t face?

On the run and holed up in Tulsa’s Prohibition-era tunnels, Zoey and her gang must discover a way to deal with something that might bring them all down. Meanwhile, Zoey has a few other little problems. The red fledglings have cleaned up well–they’ve even managed to make the dark, creepy tunnels feel more like home–but are they really as friendly as they seem? On the boyfriend front, Zoey has a chance to make things right with super-hot ex-, Erik, but she can’t stop thinking about Stark, the archer who died in her arms after one unforgettable night, and she is driven to try to save him from Neferet’s sinister influence at all costs. Will anyone believe the power evil has to hide among us?

And another installment of the House of Night series does not fail to bring you further into the story. Just when you think Zoey Redbirds life can not possibly get any more dramatic it does. But the way it is written does not seem to over the top.

When we last left Zoey and her friends the red fledglings were on her side, and the House of Night suddenly was not, Neferet had raised the immortal Kalona from his earthly binds, and they along with Kalona’s sons the Raven Mockers have taken over the House of Night and turned everyone into “pod people” as the twins are prone to saying.

And beyond that we have three men back in Zoeys life, Erik Heath and Stark oh my. The way the Casts’s have written this series keeps you wanting the next one. It is hard to draw yourself away from the mixture of typical teenage drama trouble, and the other worldly issues of being a fledgling trying to become a Vampyre. And not only are you a fledgling but the most powerful Marked fledgling of the known history of Vampyres.

If you enjoy the series you will Love Hunted and be eager to get to the next book. If you have not yet started this series, I once again recommend it. The blend of Vampyres and school make for a fantastic setting. And while I have said before its Harry Potter meets Twilight, I do say it with the best of love.