From: http://www.juststopscreaming.com/
Welcome to Quotable Sunday! I can’t wait to get around and read your quotes today. The rules of course are never changing but in case this is your first time joining in, I would like to welcome you and let you know the basics:~Post one or more of your favorite quotes on your blog in a post.~Come back here and link your post in the mister linky below(on http://www.juststopscreaming.com/ ).~Check back throughout the day and go read some awesome comments and leave some luv! 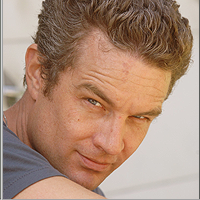 This week I have decided to pay hommage to one of my favorite Vampire’s. Spike! (and yes that is just a photo of James Marsters but its one of my fav’s)

Spike: Ahhhh, my head. I think I’m sobering up. It’s horrible. Ah… God… I wish I was dead.

Spike: What’s this? Sittin’ around watching the telly while there’s evil still afoot? It’s not very industrious of you. I say we go out there and kick a little demon ass! What, can’t go without your Buffy, is that it? Let’s find her! She is the chosen one, after all. Come on! Vampires! Grrr! Nasty! Let’s annihilate them, for justice, and for… the safety of puppies… and Christmas, right? Let’s fight that evil! Let’s kill something! Oh, come on!

Spike: Death is your art. You make it with your hands day after day. That final gasp, that look of peace. And part of you is desperate to know: What’s it like? Where does it lead you? And now you see, that’s the secret. Not the punch you didn’t throw or the kicks you didn’t land. She really wanted it. Every Slayer has a death wish. Even you.

Spike: So when do we destroy the world, already?

Spike: It’s a big rock. I can’t wait to tell my friends. They don’t have a rock this big.

Spike: I did a couple of slayers in my time. I don’t like to brag. Who am I kidding? I love to brag. One time, during the Boxer Rebellion…

Spike: If every vampire who said he was at the Crucifixion was actually there it would’ve been like Woodstock. I was at Woodstock. I fed off a flower person and I spent six hours watching my hand move.

(In response to being asked to fight a troll)
Spike: I would, but I’m paralyzed with not caring very much.