Continuing on with our posts this week from the wonderful blog tour with Goneaway into the land is a fantastic guest post by Jeffrey B. Allen.

What does one go through when dealing with writing such emotional stories?

Emotions buried beneath the thin skin of the writer; emotions unknown
to the writer, and emotions aching for a way to express themselves, to
be felt and heard. I believe writing is a form of self evaluation.
It is a therapy of sorts, but so are all forms of artistic expression.
There is a need for artists to expose themselves through their
medium. You may wonder why, but to me it is simple. Authors, like
painters, sculptures, or actors, want to stir the emotions in others.
An author who writes romance or an author who writes horror both wish
upon their audience the same thing, to invoke a reaction.

GoneAway is a complex tale of reconciliation told from the point of
view of a twelve year old boy. Dark thoughts are common in boys of
that age, especially if they are traumatized. On the other hand, a
journey into a place where a young boy would fantasize about killing
his father would have to be taken from the context of what the boy is
familiar with, and what he loves most. In John’s case, he loved
powerful machines such as locomotives, and he loved candy, as most
children his age do. And he adored his mother and his sister Marny.
Most of all, he hated his father, and rightly so. His father was a
nasty beast, abusive, self absorbed, and embittered by having been
excommunicated from his community of religious zealots. 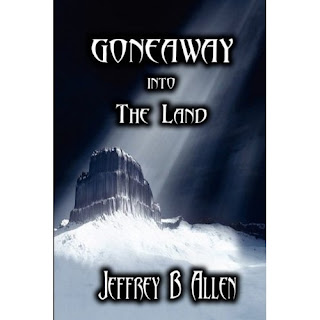 I was forced to confront many of my demons while writing GoneAway. I
found places inside myself where I did not want to go, and I wrote
upon the pages descriptions that I was not sure would be understood by
my family. In the final analysis, GoneAway is a story for everyone.
Let it be known that I was not abused as John was, and I did not name
my father a beast. What I did do was to draw upon pleasant and
unpleasant periods of my childhood and my adult life to develop the
threads within the story. I drew on philosophical and historical
knowledge, and I also spent many hours researching mythology and
biblical facts and fables, as well as ancient history to bring life’s
diversity into the story. Then I used my ability as a writer to cause
the many threads of GoneAway to be cohesive for my reader.

There are some who say I succeeded in evoking emotion. I hope they
are correct. Time will only tell.
Thank you for the opportunity to be interviewed.