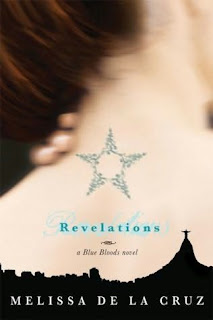 So, I need some Twitter followers. So this contest is going to focus on getting some Twitter followers. SO…number one way to get entered is to Post here (of course) and follow me on Twitter. I will give everyone 3 entries if you’re a new Twitter follow buddy. YAY. If you tweet this contest and get me even more follows you will get a reference entry too. WHOOOHO. The Contest will run until Nov. 10th 🙂 Otherwise. Here are the usual ways to get an entry into the give away. Twitter Profile Link

6 thoughts on “Give Away Time: Revelations by Melissa De La Cruz”