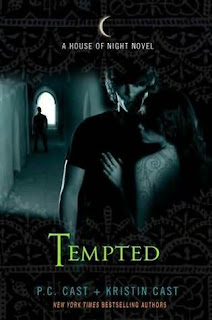 This series just keeps getting better and better. Once again we are thrown into the turmoil that has become Zoey Redbirds life, we pick up with her and her gang right where we left them after the last book. They have just banished Neferet and Kalona away from Tulsa. And one would think after all that has happened they would get a little bit of a break. But that is not to be.

Zoey and her group manage to get a little bit of sleep but there are still more issues to be handled. Zoey of course has the boyfriend issues. She has gone from having Erik and Heath to worry about to now also having Stark, her warrior who has a close bond to her. Erik is getting more and more possessive and it is becoming increasingly hard for Zoey to handle. Talk about Drama.

When the group decides to return to the house of night they find that their home is in turmoil and the only thing to explain it is that Kalona and Neferet are still alive, and still have a hold on them. This thought is confirmed by finding out that they are at the high council in Italy.

This book takes so many twists and turns that you don’t see coming that it keeps you engrossed. Your wondering what is going to happen next and how could it possibly get any more different. The writing is engaging and develops the story well. And the ending will leave you wishing it was April already for the new release.