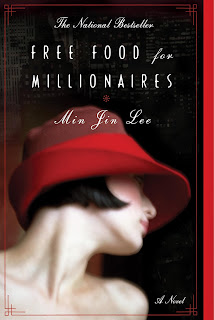 “Competence can be a curse.” So begins Min Jin Lee’s epic novel about class, society, and identity. Casey Han’s four years at Princeton have given her many things: “a refined diction, an enviable golf handicap, a popular white boyfriend, an agnostic’s closeted passion for reading the Bible, and a magna cum laude degree in economics. But no job and a number of bad habits.”
Casey’s parents, who live in Queens, are Korean immigrants working in a dry cleaner, desperately trying to hold onto their culture and identity. Their daughter, on the other hand, has entered into the upper echelon of rarified American society via scholarships. But after graduation, Casey’s trust-fund friends see only opportunity and choices while Casey sees the reality of having expensive habits without the means to sustain them. As Casey navigates Manhattan, we see her life and the lives of those around her: her sheltered mother, scarred father, her friend Ella who’s always been the good Korean girl, Ella’s ambitious Korean husband and his Caucasian mistress, Casey’s white fiancé, and then her Korean boyfriend, all culminating in a portrait of New York City and its world of haves and have-nots.
FREE FOOD FOR MILLIONAIRES offers up a fresh exploration of the complex layers we inhabit both in society and within ourselves. Inspired by 19th century novels such as Vanity Fair and Middlemarch, Min Jin Lee examines maintaining identity within changing communities. This is a remarkably assured debut from a writer to watch.

I had to take some time on this review to digest this book and decide exactly what I thought about it.

Free food for Millionaires is very well written and the prose does paint a picture of New York and the lives of this family and the main member we follow Casey in a compelling way. That being said some of the story is sluggish and a little too detailed. Casey is a bright daughter of immigrant parents who just graduated from Princeton she has everything she could want but does not know it. She takes her family for granted, as well as many other things in her life.

All of Lee’s characters are flawed human beings, which makes for a realistic story. And while the story takes a lot of twists and turns and most you would not see coming, it really lacks that little bit of oomph that takes a book from good to great. While I finished the book, I felt that I had no real urge to read it. I would move to pick it up and than think of something else I could be working on and often times would pass the book over until later. For a novel to be truly great I feel you have to want to pick it up and to be thinking about when you will get to read it next. The narrative of the book can get a little confusing as she jumps from one perspective to the next in rapid succession.

With all of that said it is a book worth reading if you are willing to put the effort into it. The version I had came with a readers club guide for discussion and I can see this as being a very good reader’s club book. The way the story is laid out and the many different twists and characters will give a book club something to talk about.